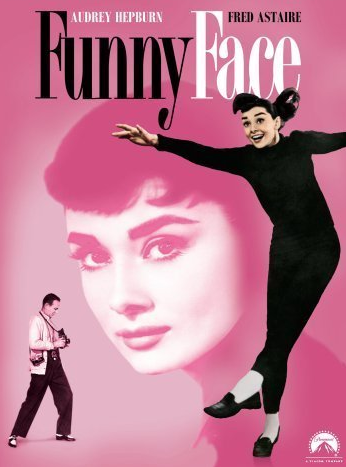 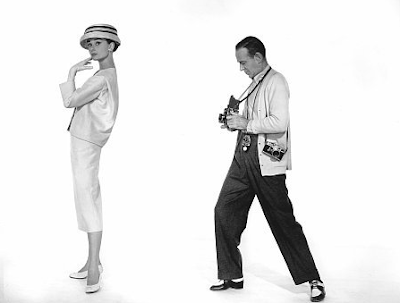 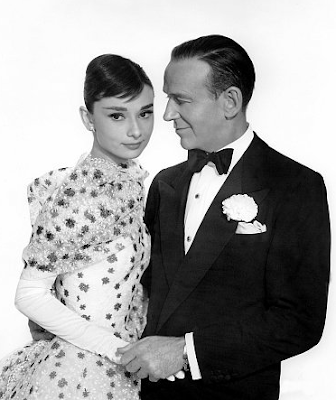 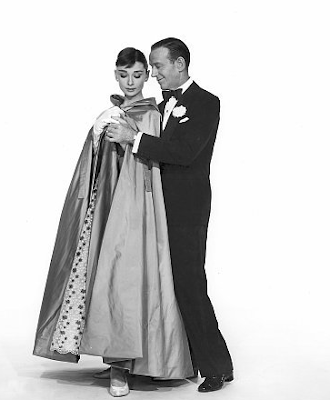 There is something about Autumn that just makes me want to snuggle in bed and watch the classics like The Wizard of Oz and It's the Great Pumpkin, Charlie Brown. But of course it wouldn't be complete without the Audrey Hepburn series of classics. While her role as Holly Goligthly in Breakfast at Tiffany's cemented her position as the one of the greatest actresses in cinema as well as a fashion icon (you cannot associate the LBD without Audrey Hepburn) my absolute Hepburn favorite was when she played the bookish type turned supermodel Jo Stockton in the musical Funny Face. I want to become a fashion editorial stylist someday so it's important for me to form a foundation of iconic references to draw from and what's more fitting than a classic Hepburn film about a high fashion magazine shooting an editorial spread in Paris? tres chic, yes?

This 1957 film also stars Fred Astraire as the photographer and love interest, Dick Avery and Kay Thompson as the editor in chief of Quality magazine, Maggie Prescott, who was rumored to resemble former Vogue editor in chief Diana Vreeland. The plot of the film revolves around the accidental discovery of Hepburn's character as a result of a guerilla photo shoot in a book shop where she worked. She was then made the new muse and face of Quality magazine and quickly whisked away (after a brief convincing via a musical number) to Paris, France where the fictional couturier Paul Duval was to design an entire collection dedicated to the this so called "Quality woman" who will model the clothes in a fashion show as well as be photographed in a high fashion editorial spread to be featured in the magazine -- which of course was my favorite part! 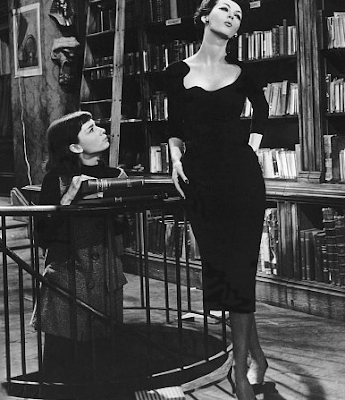 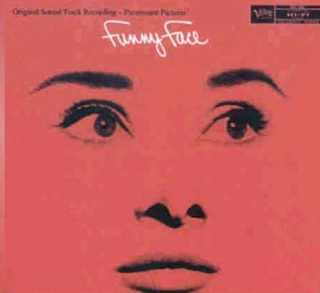 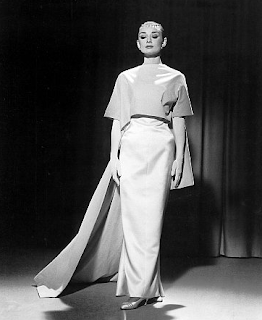 The editorial spread which featured a total of eight looks -- from a timeless black A-line frock to a wedding gown -- were completely separate from the pieces that were shown in the fashion show. And thanks to Hollywood's most iconic costume designer, Edith Head, this film has the same profound impact as the costume design in Breakfast in Tiffany's in motion picture fashion history, despite the fact that the latter was released four years after this film. Breakfast at Tiffany's can have the Little Black Dress, but this film featured other timeless pieces such as the trench coat, ballet flats, turtleneck, and of course, the skinny black jeans which inspired Gap to produce the Audrey Hepburn Pant (basically black skinnies) in their 2006 "Keep it Simple" campaign which was inspired by her dance number in that smokey cafe in Paris. 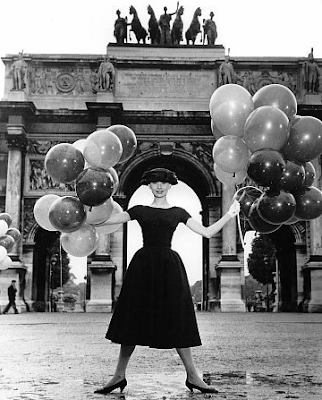 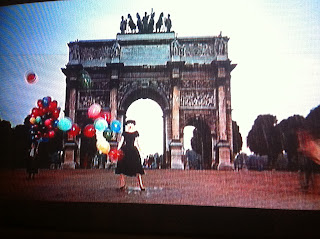 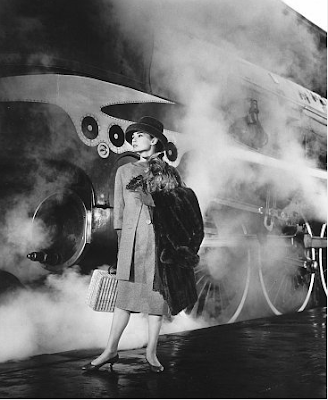 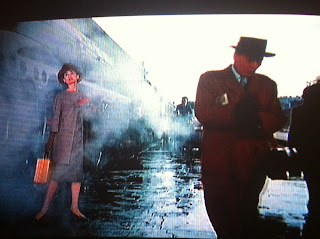 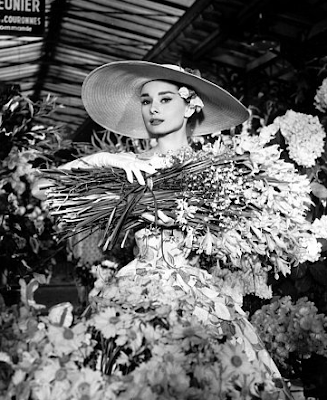 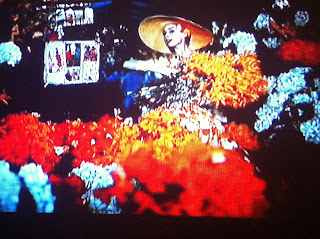 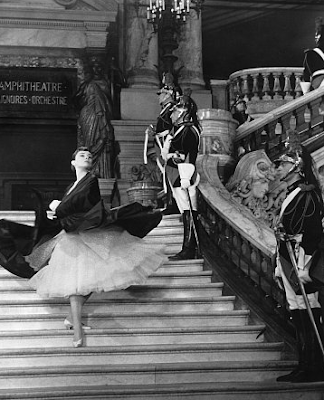 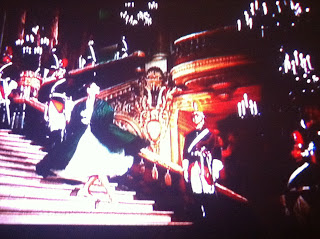 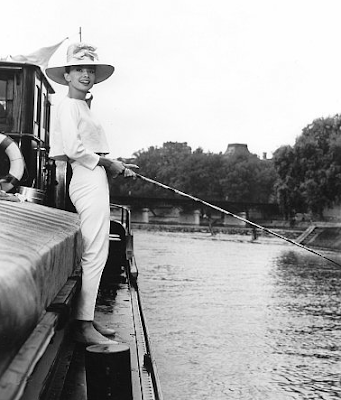 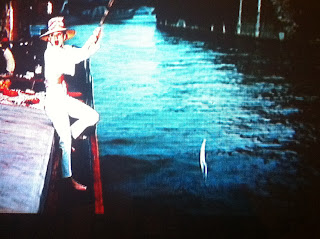 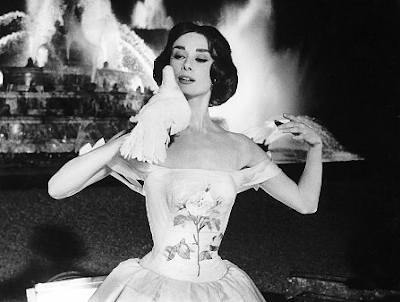 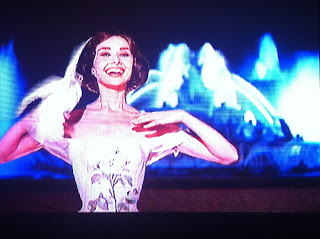 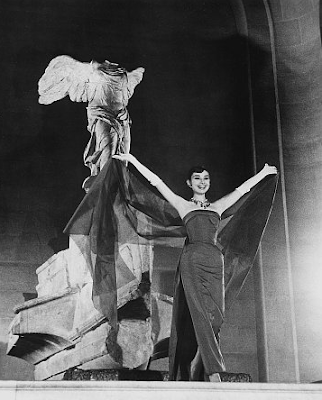 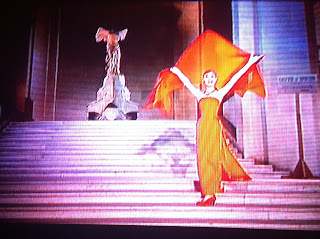 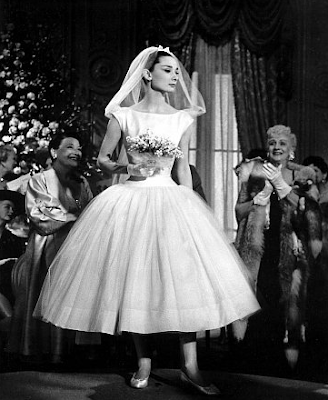 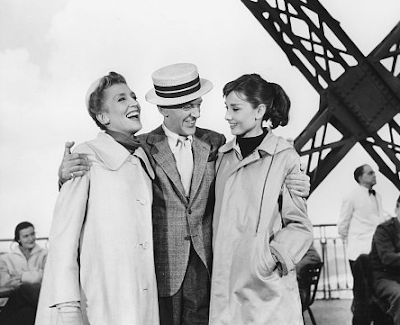 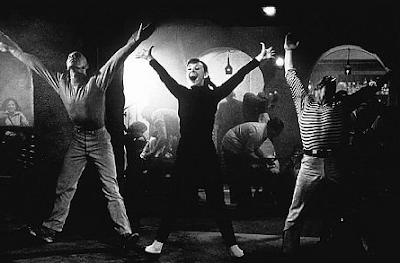 Posted by CocoCouture at 1:03 PM