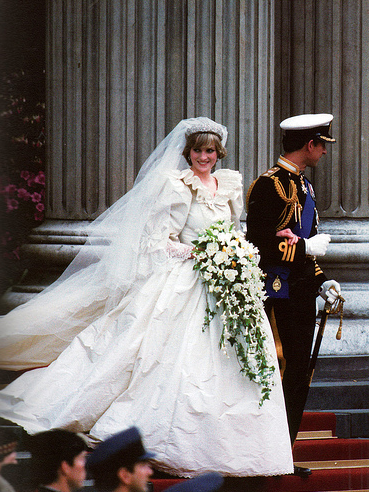 CONFESSION: I have this weird obsession with British people. There I said it. Now don't judge me. I think it probably has to do with the fact that I've spent a good amount of the 90s and my young adolescent years so-completely-in-love with the Spice Girls [won't go into details there.] But even after I got over the heartbreak of Baby, Posh, Sporty, Ginger, and Scary Spice breaking up, my obsession continued thanks to the Harry Potter franchise, Emma Watson, Matthew Goode, Helen Mirren, Burberry, Georgina Chapman and Karan Craig of Marchesa, and Vivienne Westwood. And since the Kate Middleton and Prince William "wedding of the century" is soon approaching (April 29!), I thought it would be fitting to do a Fashion Blog on the original fairy tale wedding out of England -- the Princess Diana and Prince Charles 1981 nuptial.
Unless you are already in your early or late 30s, a lot of us can't say that we remember that day back in July 29, 1981. And I can't say that I really knew much about Princess Diana, but when I was growing up what I do remember about her was the fact that she was a real princess (not royal by marriage but by blood), soft spoken and camera shy, how she was a great philanthropist who did a lot of charity work all around the world, how she was an incredible mother to her two children, her tragic death, and the porcelain Princess Diana doll that my dad bought from one of those mail-order catalogues, wearing that famous white beaded dress and jacket with a jeweled crown, which still sits in a case in their formal living room up to this day. True story.
The Wedding 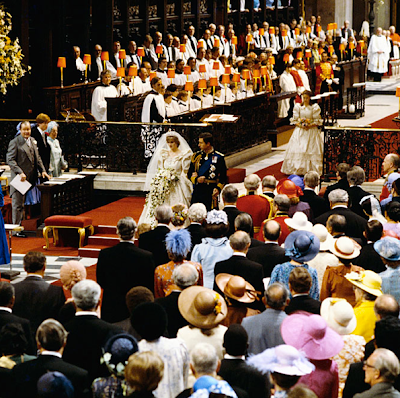 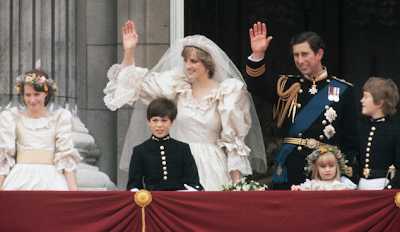 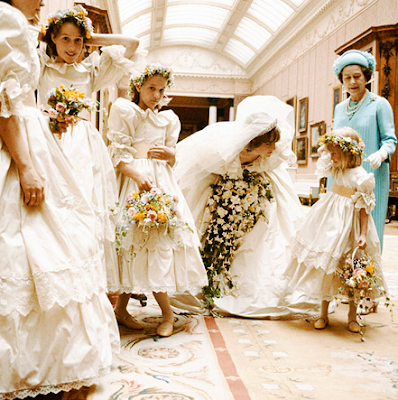 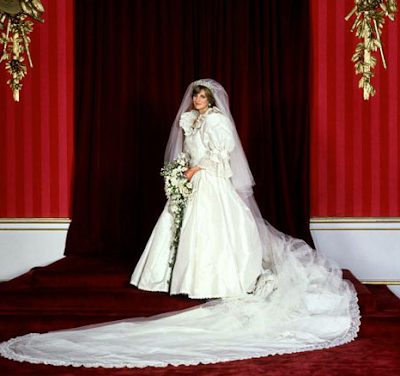 Even though the story didn't have a happy ending, the wedding was definitely something that came straight out of the pages of a fairy tale. It was grand, it was historic, but most importantly, it was beautiful. But just like any other wedding the main focus is the dress of bride. The gown that was worn by Princess Diana, designed by Emanuel, was so breathtaking. During an NBC special about that famous wedding, one of the designers of the dress, David Emanuel, revealed a lot of the details and secrets of the design and production of the historic wedding gown.
Once Princess Diana has chosen to work with Emanuel to make her wedding gown, the first and utmost important order of business was secrecy and confidentiality agreements. The designers along with their many many seamstresses were all sworn to secrecy about the details of the wedding gown. Even Princess Diana had a code name, "Deborah," to ensure that the top secret details of the dress would not leak to the public. David even went as far to say that sometimes they would put crazy decoy fabrics in the trash for when the paparazzi would dig in it to try and find some clues about the gown.
The Dress
The first and most obvious element of the wedding gown was the DRAMA! With exaggerated and puffy shoulders, lace, ruffles, and silk organza galore, and the big dramatic skirt, it was definitely a wedding gown fit for a princess. David said that Princess Diana definitely wanted a very dramatic and memorable dress from the start and didn't want anything plain or super conservative. 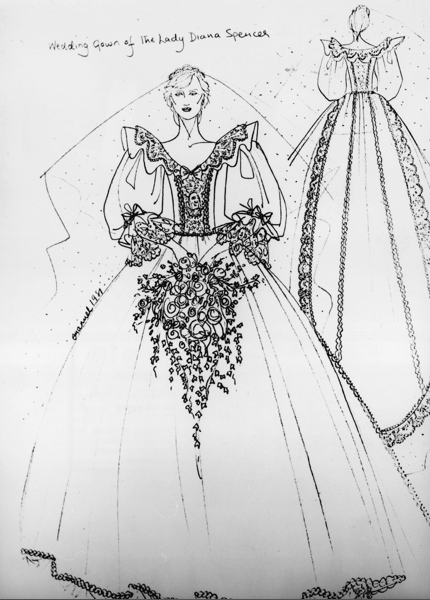 The Veil
Another incredible detail about the wedding gown was the thousands and thousands of sequins that were sewn into the veil! You can't really see them from afar, but in a reasonable distance, David said that you can see the sequins sparkle and shine as it catches the light. The sequins on the veil along with the dress were hand sewn by several seamstresses under Emanuel. No sewing machines were ever used in its production! 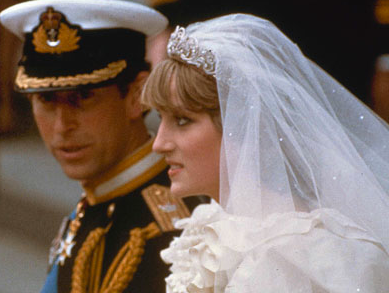 The Train
When talks about the possibility of a train being integrated into the design of the gown, Princess Diana didn't even have to think twice about including one. After having researched past royal English weddings, the designers along with Princess Diana found out that the longest train in English history was 20 feet long. With that thought, Diana wanted to go bigger and that's when they've settled on doing a 25 foot train for the gown! 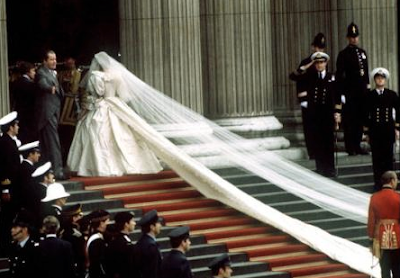 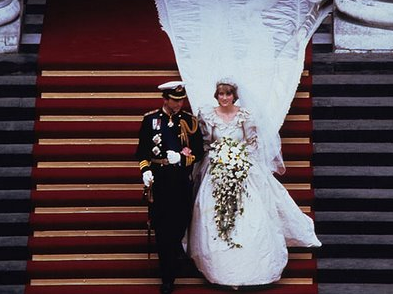 The Tiara
And of course, what is a princess without a tiara?! The tiara that Princess Diana wore to her wedding with Prince Charles was a Spencer family piece (her maiden name was Lady Diana Spencer) with an elaborate design of stylized flowers with decorated diamonds in silver settings! 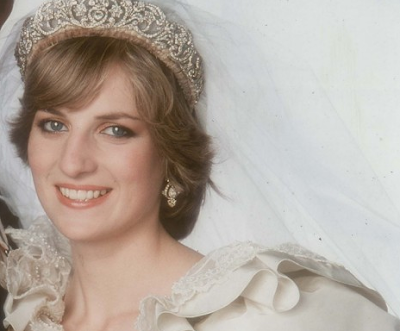 The Carriages
Museum
on display at the Grand Rapid Art Museum in Grand Rapids, Michigan 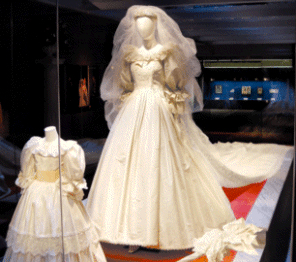 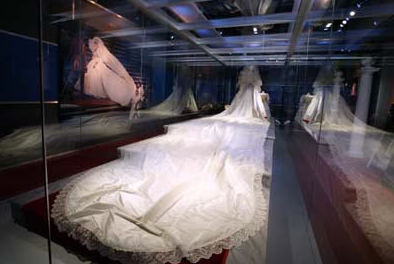 The 1981 wedding was watched by approximately 750 million viewers worldwide. I can only imagine how many people are going to tune in to watch Kate Middleton say her vows to Prince William in this day and age of technology. All I know is that I can't wait to see Kate's wedding gown! There is no word yet as to who is designing Kate's dress (no surprise there) but my money is on a British a designer, like Georgina Chapman and Karan Craig of Marchesa! I guess we'll just have to see on April 29th, so mark your calendars. I know that I already have, I love weddings.
Love, KB
Posted by CocoCouture at 7:23 AM