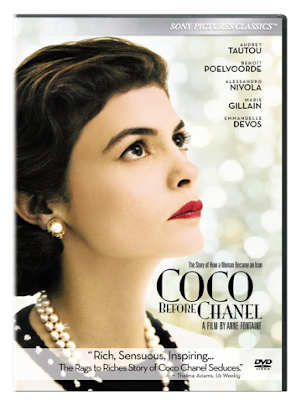 I don't even know how to begin a blog about a woman who Giorgio Armani called "the most elegant woman who's ever lived." As if the interlocking C's is not intimidating enough, I just keep thinking about her other iconic symbols like the boxy Chanel jacket, the quilted bag, the label's cuff, the pearls, and the camellia flower. But in comparison to these iconic symbols and her famous quotes, there's a lot that we don't really know about Coco Chanel upon watching this film.
The French actress, Audrey Tautou,  who you may have known from her role in the Da Vinci Code alongside Tom Hanks, did an amazing job playing this iconic woman. From her demeanor to her mannerisms, everything that I have known and read about Coco Chanel was spot on. She was a terrible chain smoker, very blunt, and sarcastic -- never afraid to speak her mind as perfectly portrayed in the movie. But the movie also revealed several facts that you and I may not have known about Coco.. 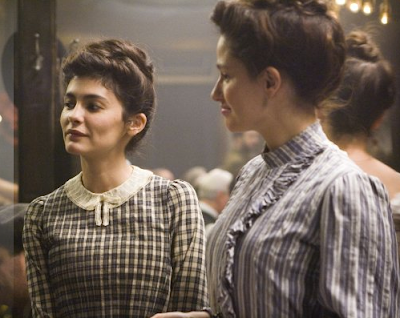 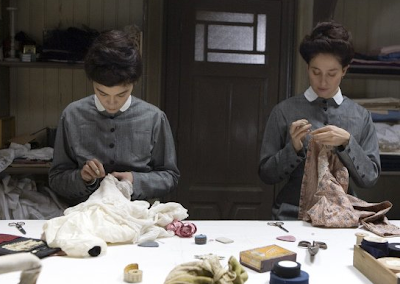 Gabrielle "Coco" Chanel
First of all, did you even know that her legal name was Gabrielle? Coco was just a nickname with a very vague origin. There are numerous accounts as to how the name "Coco" came about. And long before she built her fashion empire, she was actually a cafe' singer and a seamstress. She learned how to sew in the orphanage where she lived as a child with her older sister, Adrienne.  But in the very early stages of her life, it was very evident that she always opted for simplicity and comfort over intricacy. She hated wearing corsets and anything over the top. 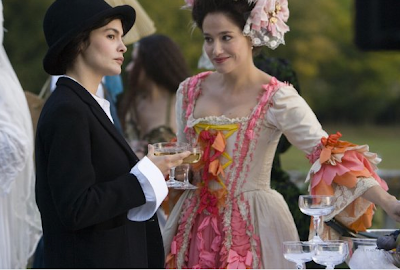 Boxy Chanel Jacket
Did you also know that Coco Chanel loved to go horseback riding? In the movie it was portrayed that this hobby sparked the invention of that famous jacket or at least what brought about the classic, simple, and comfortable style that she was famously known for. She basically took the traditional male garb of white dress shirt, suit jacket, and trousers and made it suitable for her feminine body. And during an era of dresses full of ruffles, tulle, and volume, of course this was very scandalous. 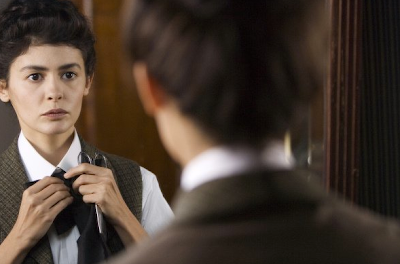 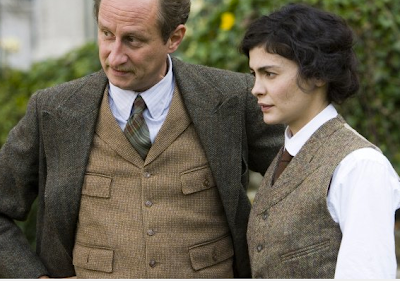 Millinery and the Little Black Dress
Would you have guessed that Coco Chanel made hats before she made dresses? It's true. Before she started making clothes, she had a shop that solely produced hats worn by the aristocratic women of the time. And despite of the fact that she was never married and was a cynic, did you also know that she fell in love? Yes! She was deeply in love with an English man named Arthur "Boy" Capel. And in the film, there was a scene where he took her to the beach town of  Deauville to go dancing and it was in these scenes where the Little Black Dress was portrayed to have been born. She didn't have anything to wear so she insisted that she make her own dress. She picked out this black fabric and justified such color choice by saying that "only black shows off the eyes." Unfortunately, some time after that trip, Boy was involved in a car accident that killed him, which could explain why she was never married. 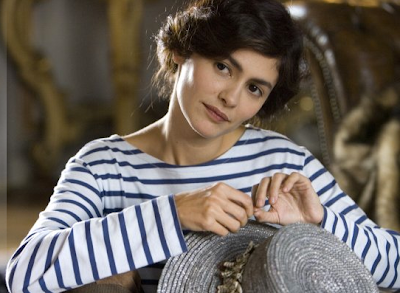 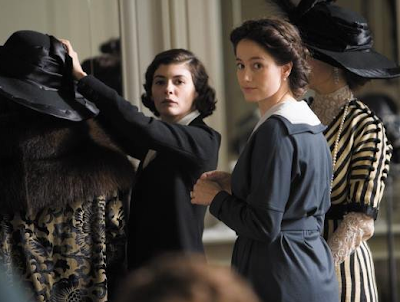 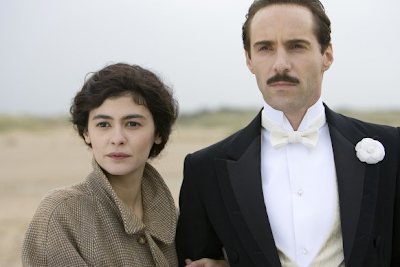 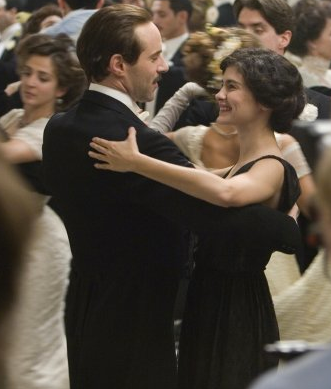 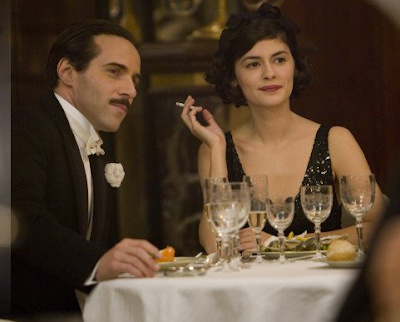 The Chanel Fashion House
The scenes following the car accident leading to the end of the movie were sort of just that -- scenes of time passing by, changes, and without much dialogue. It was in these scenes where Coco Chanel was shown immersed in her work creating clothes [and even hats!] for women. The movie ended with her debuting her newest collection down the stairs of her Paris apartment as she stayed behind and watched on while sitting on the stair case. 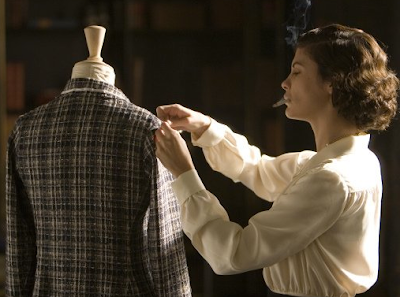 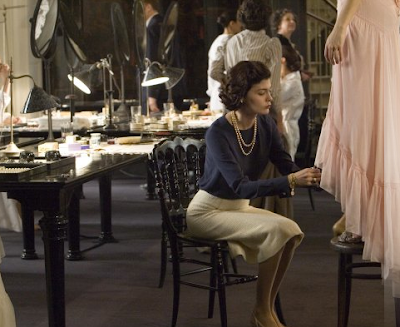 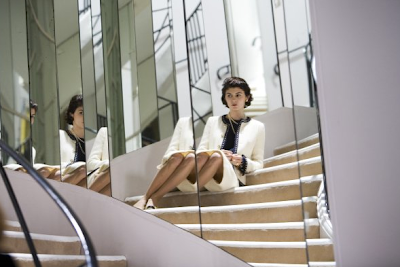 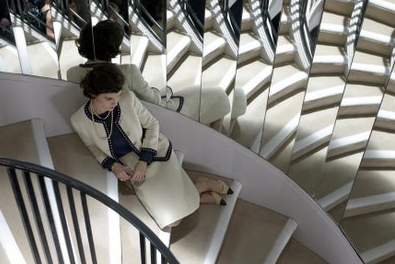 This account of her habit of sitting on the stair case while debuting her work is actually very accurate. During the second season of the Rachel Zoe Project, Rachel Zoe got an amazing opportunity to visit Coco Chanel's apartment while she was in Paris. And upon being shown the lounge where Coco Chanel spent a lot of her time [which is also the same room that had the interlocking C's chandelier when you look closely] the tour guide stated such fact as they walked up the stairs. 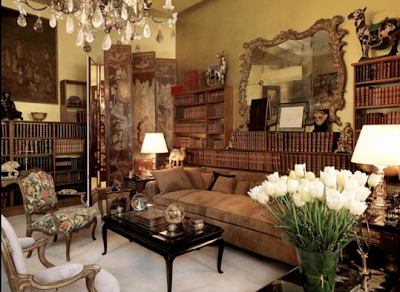 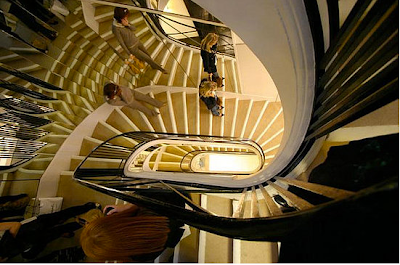 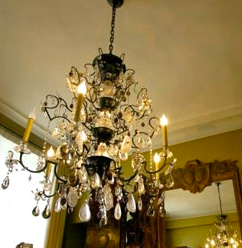 This movie is the classic rags to riches story. It's a very inspiring and heartfelt movie of a woman who forever influenced the world of fashion. If you want to learn more about this icon who is so famous, yet we know so little about, this is the perfect start. 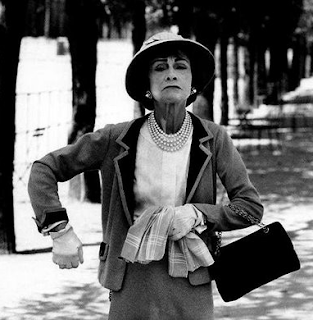 Love, KB
Posted by CocoCouture at 6:09 AM

Email ThisBlogThis!Share to TwitterShare to FacebookShare to Pinterest
Labels: Coco Before Chanel